No Faith Without Struggle 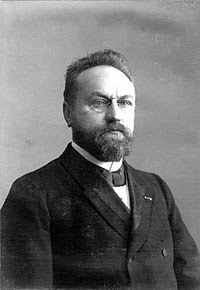 From vol. 1 of Bavinck's Reformed Dogmatics:

It remains the duty of every person, therefore, first of all to put aside his or her hostility against the word of God and “to take every thought captive to obey Christ” [2 Cor. 10:5]. Scripture itself everywhere presses this demand. Only the pure of heart will see God. Rebirth will see the kingdom of God. Self-denial is the condition for being a disciple of Jesus. The wisdom of the world is folly to God. Over against all human beings, Scripture occupies a position so high that, instead of subjecting itself to their criticism, it judges them in all their thoughts and desires…

A Christian believes, not because everything in life reveals the love of God, but rather despite everything that raises doubt. All believers know from experience that this is true… There is not a single Christian who has not in his or her own way learned to know the antithesis between the “wisdom of the world” and “the foolishness of God.” It is one and the same battle, an ever-continuing battle, which has to be waged by all Christians, learned or unlearned, to “take every thought captive to the obedience of Christ” (2 Cor. 10:5).

Here on earth no one ever rises above that battle. Throughout the whole domain of faith, there remain “crosses” (cruces) that have to be overcome. There is no faith without struggle. To believe is to struggle, to struggle against the appearance of things.

Good to remember when you're preparing to preach a verse like this. We never rise above the battle here, but it has been victoriously won. And one day, our striving will cease.

to explore the Scriptures and the writings of pastors and theologians, to discover how the solas of the Reformation and the doctrines of grace translate into a devoted life.

A little more on this blog and prostrate calvinism.

Steve
A pastor at RCG. An alumnus of TMS. A subscriber toT4G. In other words, a Christian convinced that doctrine is good for for your heart. More about...